Have an event coming soon? Get a rental turnkey kit! The fastest way to create trade show booth.

What Type Of Promotion Takes Place At Trade Shows? 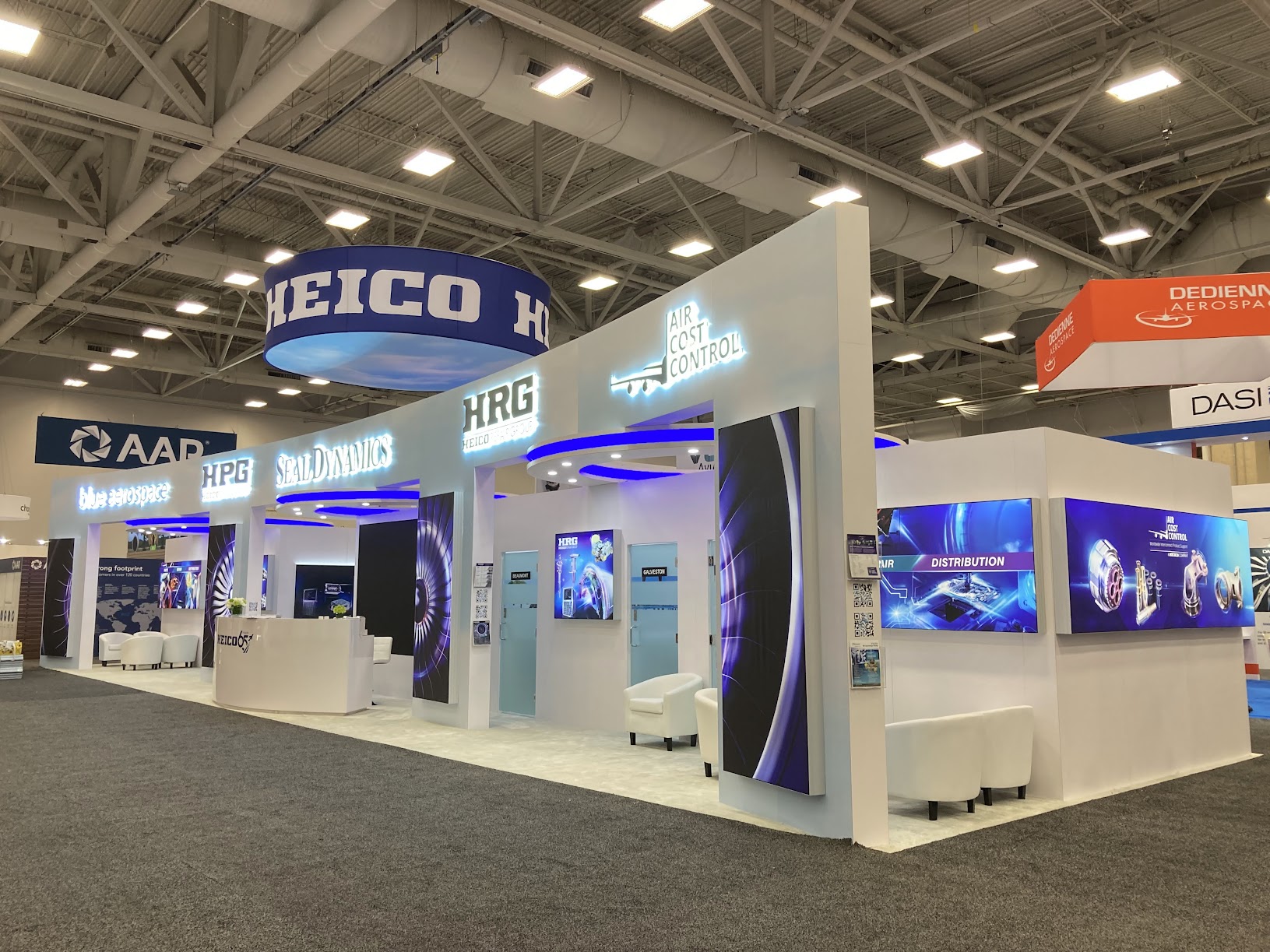 Many businesses (usually from the same industry) come together in a trade show, connect with their target audience and peers, and improve their networks. Different businesses may have different goals for attending trade shows, but there are a few common ones, including promotion.

A business may be interested in promoting a new product, service, brand, repositioning, or pivoting (among other things). Understanding what type of promotion takes place at trade shows is beneficial for all parties involved, i.e., attendees, exhibitors, and event organizers and sponsors, as it would allow them to optimize their time and resources.

What Type Of Promotion Takes Place At Trade Shows?

Before we get into what type of promotion takes place at trade shows, it’s a good idea to look into the types of promotion there are and whether or not they might fit under the trade show marketing umbrella.

Advertising – Advertising usually leverages channels of mass communication – TV, newspaper (conventional channel), internet, etc. The idea is to get the word out and create awareness among as many people of the target audience as possible. It can be creating awareness about a product, service, or a new brand the business might be launching. When it comes to trade shows, localized advertising campaigns might be better suited for B2B businesses that usually don’t benefit from general advertising.

Self Promotion – Self-promotion is when an individual tries to promote their services and sometimes products (like books, digital products, art, etc.). This is not very common in trade shows, though it is seen in other, more niche shows. But the cost of attending them (even with a personalized booth) is significantly lower compared to professional trade shows.

Direct/Personal Promotion – The kind of promotion that takes place directly between two individuals is quite common in trade shows. Both B2B and B2C exhibitors in a trade show can directly engage with their target audience to promote and educate.

Public Relations – Public relation is in the same vein as direct promotions, though the goal is slightly different. The idea is for a business to engage its audience and create a positive impression. It also includes networking, where different businesses in the same industry connect with each other.

It’s safe to assume that not a single type of promotion takes place at trade shows. It differs from business to business and trade show to trade show. In a lot of cases, it’s a combination of two or more types of promotions. But if we try to identify the most prevalent type of promotion in trade shows would be direct/personal promotion. Engaging the audience in person or connecting with other industry stakeholders are the primary reasons why most businesses attend trade shows as exhibitors, and no matter what the other goal is (sales, PR, education, awareness, etc.), direct/personal promotion of the business is underlying.

How Do You Promote A Trade Show?

Prompting a trade show is quite different from promotions in a trading show. The latter is the responsibility of the exhibitors (businesses attending the trade show) that set up their booths and engage their audiences.

Promoting a trade show, on the other hand, is the organizer’s responsibility. It’s their job to ensure that they have an adequate number of attendees, which is the main attraction for the exhibitors that populate the trade show.

However, in some cases, exhibitors can also promote a trade show in their respective circles/industries. This ensures that even more attendees from their target market are present in the trade show than the organizer might attract on their own.

The following tips can help both organizers and exhibitors promote a trade show:

It’s important to not just promote a trade show to the broadest possible audience but to the right audience. Even if you manage to attract a large number of attendees, but only a small proportion connects with the exhibitors, they may not be keen to return the second time.

What Is The Trade Show Sales Promotion?

Sales promotion – A campaign or trade show event that can generate or increase interest in a product or service. It’s a marketing strategy that aims to spark interest in the target audience, and a trade show is just one way to do it. It’s different from promotions that simply aim to create awareness about a product or a brand since the goal is to generate more sales. So its results are more tangible and quantifiable, and ROI is an important consideration compared to other types of promotions.

In most cases, a trade show sales promotion is more effective for B2B businesses rather than B2C businesses because B2B companies already focus on targeted marketing. They leverage personal connections, digital marketing, and other tools to connect with their specific target audience pool, which is usually quite small compared to the target pools of B2C businesses. And a trade show, especially if it limits entry to the stakeholders and participants from a specific industry, gives them a strong chance to engage their target audience directly.

They can use this opportunity to generate interest in a specific product (or a set of products) or services. Many B2B businesses might even get sales orders directly during the trade show.

It’s a bit different for B2C businesses. Trade show sales promotions might see more success with relatively small audiences or with niche products and services that only target a small portion of their overall target market. For example, a B2C business has launched a product that only caters to a specific target audience, like people belonging to a town/city, high net-worth individuals, etc. A trade show that attracts that portion of their audience will be a perfect way to market their product/services and kickstart the sales.

The success of the trade show sales promotion depends upon several factors, and they go beyond what type of promotion takes place at trade shows.

Are Trade Shows Sales Or Marketing?

Trade shows are both sales and marketing. Exhibitor companies, which may include manufacturers, service providers, tech businesses, etc., can both market their products and services in a trade show and generate sales (or at least create interest for sales). The approach to two different end goals is likely to be different.

Exhibitors can use the following tactics to boost their trade show sales:

Trade show marketing also focuses on more than just products and services. It can be used to promote a new business or a new brand that an existing business has introduced. It can also educate potential customers about the repositioning of the business.

Thanks to the broader scope and awareness, trade show marketing does more than just generate sales of a select group of products and services. It creates awareness about the company, its brands, and usually its entire range of products. This ensures that even the customers that are not interested in the exhibitor’s current focus of the trade show might turn into a customer later on, thanks to the successful trade show marketing.

Direct/personal promotion – That’s usually the answer you get to the question: “what type of promotion takes place at trade shows.” But even though it’s the most prevalent type of promotion, it’s not the only one. Businesses/exhibitors employ a wide spectrum of promotions to create an impact on the target audience regarding the business as a whole or any brand, service, or product in particular.

It’s in the name! Everything Tradeshows is your one-stop shop for all things trade shows, including booth purchases, booth rentals, and complete brand management services. Ready to get started? Have questions? Get in touch by calling us at (954) 791-8882 or by filling out the form below. We can’t wait to hear from you!

Have An Event Coming Soon?

Want to learn more? Or ready to get started? Contact us today for a free consultation, including free design renderings with no obligation.

How to Drive Traffic to Your Trade Show Booth?

What To Put On A Trade Show Banner 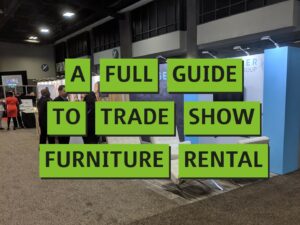 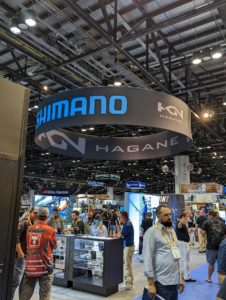